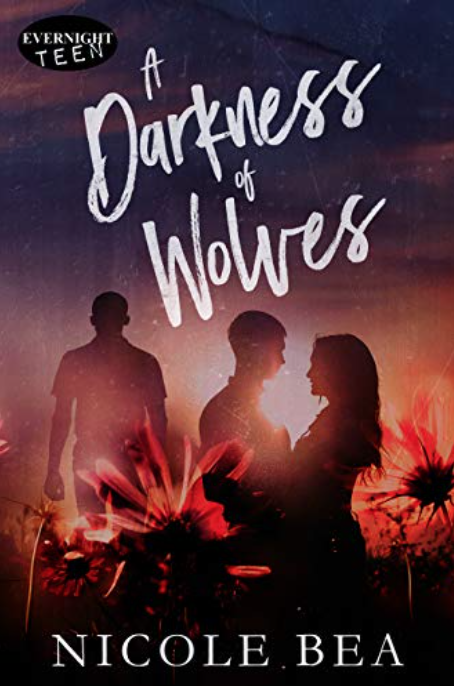 Wynrie Lowe doesn’t understand what’s happening to her. After That Weekend, she’s been on a downward spiral of emotions– ranging from empty nothings to panicked highs and everything in between. She can’t get a grip on her emotions. At all.

It doesn’t help that her best friend Dawson just left for the military or that her boyfriend Ezra just doesn’t hold the same spark he used to or that she’s lost all interest in the things she used to love. If she can’t figure out her feelings for the two boys in her life, it might ruin what the three of them have. Yet, if she can’t figure out her emotions, there might be nothing left to fix after she explodes.

Style/Length:
I read this book by request of the author, who gave me a free copy of two of her books (Skin will be here in a week or two, Nicole, promise). I love YA books because that’s where my love of books started. I feel like I’ve been reading YA all my life, and I never want to stop. That wonderful teenage angst keeps me going. I’ve not read much YA lately because my author groups are lacking in that category, but I’m glad to be back in my niche.

So, about the length– I have no complaints. I believe I started reading on Saturday and finished on Monday night. Three days is about average for me. It did have a bit of a slow start for me, but we will get to that later in the “Plot” section of my review. According to Amazon, it’s about 134 pages (it doesn’t translate so easily in the kindle app, because it says 2000-something pages and that’s not the same as page flips, so get it together Amazon). That’s a short book for me, which might explain the contradiction between an average read and a slow beginning.

Nicole’s style is very YA. There’s a few “breaths he didn’t know he was holding” and “touch sent sparks,” but again, it’s a YA romance. I expect a little bit of this throughout. It feeds me, LOL. Darkness isn’t overpacked with descriptions, but the ones you get are very detailed. Again, I appreciate that. Overworked descriptions are why I can’t read a lot of fantasy books.

“Amy, I thought you were going to do better about telling your qualms as well as your praises!” Oh, don’t worry, reader. I’m getting there.

Characters:
This book really has three main characters– Wynrie, Ezra, and Dawson. I’ll go into each one just a little bit.

I like Wynrie. I really do. She’s extremely relatable for me (a person who also sometimes suffers from these unexplainable lows and bouts of incurable depression). She’s suffering throughout the book, and that’s so obvious. I mean, she kissed Dawson for goodness’ sake! What about kissing your childhood best friend is simple?! Nicole paints this dark picture of a girl with a severe mood disorder, bordering on suicidal depression, who really doesn’t have a clue what’s going on. We see everything: sleepless nights, screaming on high days, yearning for physical touch, unexplained mood swings, crying at the slightest inclination, etc etc etc. It’s extremely realistic. Good on you, Nicole for nailing that.

Ezra is… um… I don’t know, really. I want to like him, I do! He worries about Wyn throughout this, but he doesn’t really understand what’s happening to her either. He’s very inflexible in what he expects from her. Or as Wyn would say, “He’s nothing if not consistent.” That’s just a way of saying he’s stuck– but nicely. What I don’t like about Ezra is his frustration and the way he handles her lows. *SPOILERS COMING* Wyn thinks about breaking up with him throughout the entire book, and then he finally gets “tired” of her mood swings and breaks up with her, which of course sends her in an even worse downward spiral. Don’t think saving her life makes up for the fact that you handled it wrong, Ezra. Also: her old best friend? Really? Despicable.

Now, Dawson– that’s a character I can get behind. Phew. He is just… *chef’s kiss* That’s a boy who understands the phrase “It’s okay not to be okay.” He is so supportive of Wyn throughout the entire book, although it might also be slightly his fault that That Weekend happened. Dawson has his own problems. I mean, he did maybe get a girl pregnant, but he never once lets Wyn down, and I can get behind that. Plus: Bear? What a cute freaking nickname? Ugh.

Well done on the characters overall. They were realistic, consistent, well-developed characters. None were too similar, but they also weren’t world’s different.

Plot:
Now, this is where I do have some issues.

The basic plot is this: Wynrie accidentally kissed Dawson one weekend. She was dating Ezra at the time, though. So, she has this inner conflict about whether or not to tell Ezra about her new feelings for Dawson. She doesn’t want to lose either of them.

I sent Nicole a message about 30% of the way into the book because I was slightly confused. This book reads like a sequel. There’s a lot of events that happen pre-book and characters we never see/meet that are extremely important to the plot. Robbie and Harper are crucial to Wynrie’s spiral but they never actually appear. Their whole story happens pre-book. We don’t ever get to see That Weekend except through Wyn’s memories.

I honestly think this book would be a LOT better if it was a sequel! There could be so much more character development if we knew Wyn before all of this. Maybe I’d actually like Ezra if I knew what happened before this (or maybe I’d sympathize with him a little). It’d be a really good duology where the first book is about the events leading up to That Weekend and then Darkness is about what happens post- That Weekend. Think about it, Nicole.

Overall, it was a good book. I really did enjoy it, despite the issues I had. I’d give it a…. 7/10. If you’re a fan of teen angst, love triangles, or realistic descriptions of depression, pick this book up. You can buy it here or here or by clicking the picture of the cover above.

15 Replies to “Book Review #10: Darkness of Wolves by Nicole Bea”