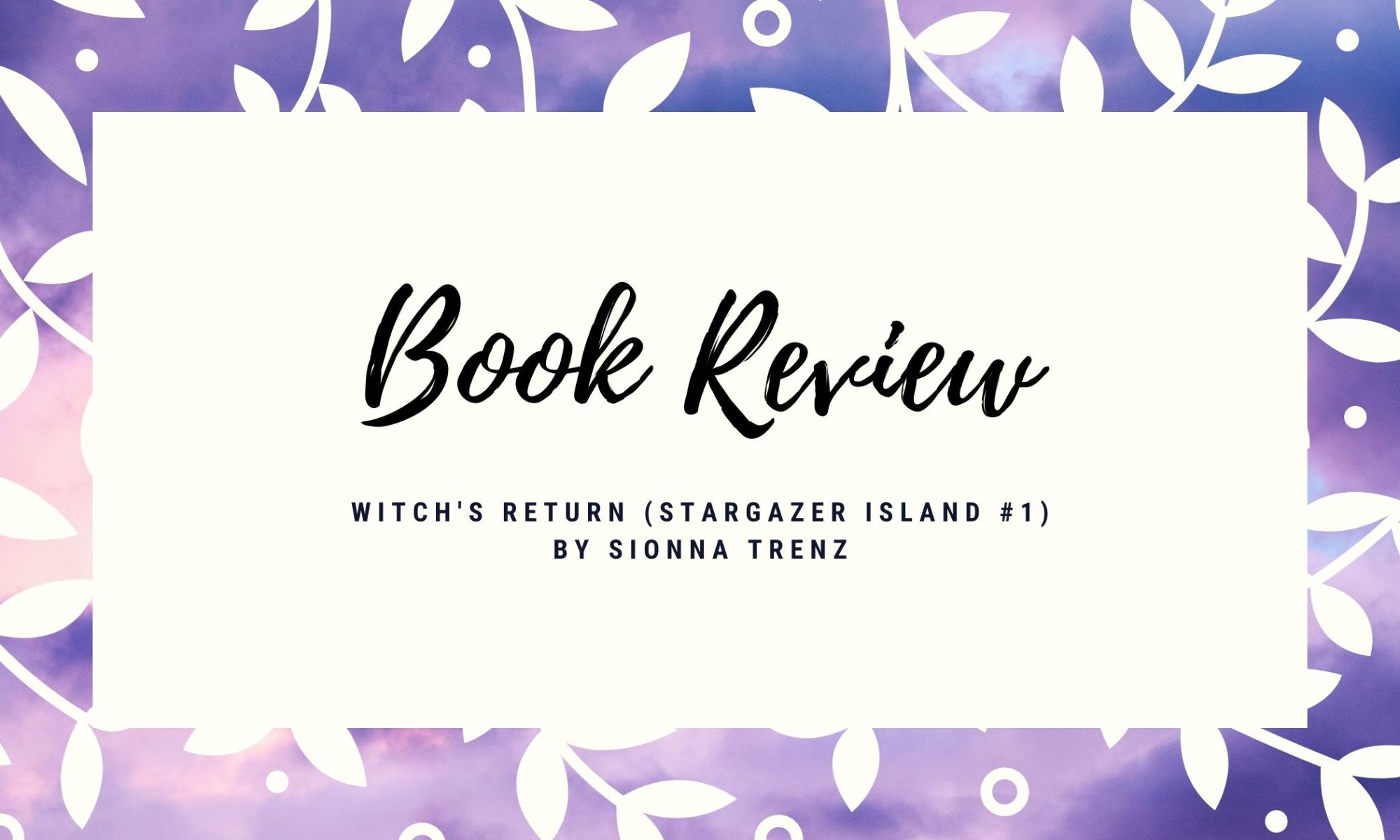 Sonya’s life outside of Stargazer Island was nothing short of torturous. An overbearing, abusive stepfather and an controlling, condescending mother maneuvered her life like two evil puppeteers. But she’s back now– out of their grip and away from their power. Her one true love and an motley crew of gifted friends welcome her in with open arms, and Sonia is able to finally take a deep breath and relax.

Or so she thinks.

Her return to the island (a safe haven for an assortment of supernatural species) brings a dark presence along with it. A man’s death serves as the first breaking of the seals in a larger ritual, but the problem is, Sonya has no idea what ritual is starting. If she doesn’t figure it out before the last seal is unbroken, Hell with be unleashed on the island. Literally.

Style:
I’m not a fantasy fan. I’m not. *Amy, you say this every single time. Stop repeating yourself.* BUT THIS IS FANTASY. It’s an Adult Fantasy Romance, and I’m giving it FIVE stars, y’all. Five. Stars. Let me tell you why.

First of all, Trenz has managed to weave a huge assortment of fantasy elements into one neatly-made basket. You’ve got shifters, brownies, demons, ghosts, witches… In my inexperience with the genre, I’m blanking on more. But I know they’re there. Even as someone who doesn’t read a lot of this genre, I was easily able to keep up.

Second, going with the point above, Trenz somehow managed to keep my attention– even though some of the species and magical rules required some foundation. The magical system in the book is new– to me, anyway– and while it definitely had to be explained, I wasn’t falling over drooling. It was short and succinct but definitely just enough for me to say, “Oh. Makes sense. Moving on.” Often as I read, I glaze over parts like that. Not this time.

I also need to include this in here: Third, this is a ROMANTIC book. I didn’t expect that when I first started reading. I won’t spoil who ends up with who, but HOT DANG, it was beautifully written. No cringey word usage (you know the ones I’m talking about with a steamy book), and no scenes that made me want to puke. The intimate scenes were exactly that, INTIMATE. There was all this talk about “going to the stars” and “exploding together” and “stardust” and good Lord, it was so perfect and sweet that I might need to visit a dang dentist now. I absolutely loved it.

Characters:
So, like most fantasy books I’ve reviewed, this book has a bit of an ensemble cast. There’s Sonya’s friends: Liam, Sam, Rowan, Celia, and Sage. Then later we add Mason, Grace, Siobhan, and so… many… more. Then, there’s the townspeople, Sonya’s parents, the deities involved in the ritual… So many characters, y’all.

I won’t spend too much time analyzing each and every character; that would take half a year. I just want to talk about the two main protagonists (Sonya and Liam) and the main antagonists (Albert and Sonya’s mom- Eleanor).

Sonya is the perfect protagonist. Troubled past, but strong and resilient through it all. Strong connection to her natural magic and talented at using it. She’s so dedicated to her island and is more than willing to give her everything for it. I like her a LOT. Liam, quite like Sonya, is the perfect Knight of Stargazer Island. He’s sweet, charming, strong, DREAMY. He’s like the Kristoff to Sonya’s Anna– the absolute puzzle piece support system. He’s not trying to run the show (which I appreciate), but he’s definitely strong enough to take over when she needs him too.

Now the antagonists. I’ve never wanted to smack someone as hard as I want to hit ALBERT. Even his name makes me want to just…

But, like, isn’t that a compliment? Lol. Shouldn’t we all want to smack a good villain? Now Eleanor– Shame on you. You’re a terrible excuse for a mother. I find it hard to say you deserved what you got, because I’m not that evil. But I am ashamed of the things you did. Periodt.

My one complaint about the massive cast was that everyone seemed very overpowered. I picked that up in the beginning when the plot was slower, when Sonya needed a person with one specific power and then someone else magically had that exact power she needed, but as the story went on and things picked up, I sort of forgot that it was an issue. Clearly, I didn’t even deduct a star for it, so it must not be a huge problem. Lol.

Plot:
As far as plot goes, I have absolutely no complaints. A super sweet main romance, several side digs between side characters, a strong main plot line filled with magic and mystery and action, and then there’s the potential for more installments when everything’s said and done. It kept my attention from beginning to end and even had me staying up late to read another chapter (or two, I won’t lie).

I genuinely, really, really enjoyed this novel. I’ll be picking up Book 2 at my earliest convenience. 9/10– Would read again.