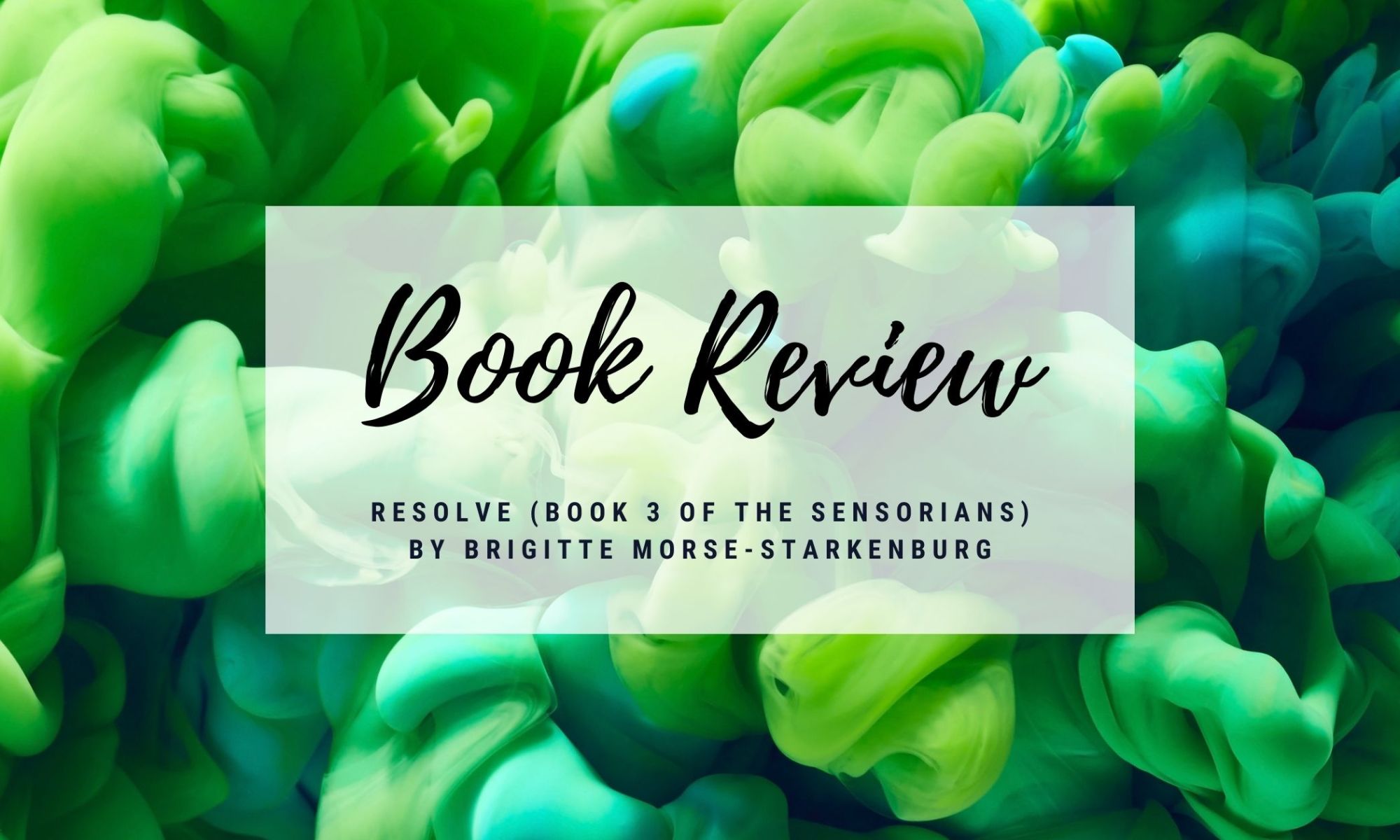 First of all, I want to say that I’m incredibly sorry for being so silent for the past month. I hated being absent, but I couldn’t bring myself to type any words. I think I’m finally ready to crawl out of my self-inflicted hole. When I’m ready, I’ll share what I’ve gone through, but in the meantime, let me tell you about the books I’ve been reading to distract myself with. There’s several, lol.

So, without further ado, A BOOK REVIEW!

**Spoiler Alert: This is a book 3 review, meaning I may spoil the first two for you. Please check out those reviews here and here first!**

After throwing herself in danger in order to chase her father, Eliza’s back with the Sensorians. In isolation. Again. That’s where she seems to spend most of her time. This time is different, though. Markus is intent on keeping her and Zack completely cut off from the world and under his thumb.

It’s supposed to be to keep them safe, but does ensuring their safety take priority over the compound’s real mission? Aren’t they supposed to help people?

When Eliza’s father, Rick, shows up and says that her mother is in trouble, a whole new threat appears. Eliza and Zack will be thrown headfirst into danger, again, but this time, the ending will be one that no one will forget.

Style:
I’ve said it before, I’ll say it again: Starkenburg is the queen of a simple, throw-your-feet-up kind of read. The book simply glides by, and this is a series that I could see myself never getting tired of. It’s not overly complicated or drawn out.

It just is. In the best way possible.

I really enjoy anything Starkenburg writes. This entire trilogy has been an absolute joy to partake in. I feel like I’ve really grown to love these well-written characters. Not only that, but I’ve gained a friend in the author, someone I can see growing my own craft with as time progresses. That’s irreplaceable. Truly.

Now, I’ve had the exact same issue throughout all of Starkenburg’s books. We’ve discussed this. I am of the belief that this trilogy could easily be expanded into a series. Many, many books. The world is a rich one. I wish Starkenburg would slow down and really SHOW me the depth of it.

Characters:
Your favorite cast reappears for the third and final installment in the Sensorian trilogy. I’ll try not to drag on forever, but I do what to talk about how these individuals have changed. Mainly because one thing we look for as we read series as a whole is character development. A character, like any human person, should change and grow into a better (or worse? that’s your opinion) version of themselves. A stagnant character is no fun to read! So, did these young adults grow? Let’s see.

First, you’ve got Eliza. Precious, precious Eliza. She started out as this “rough around the edges,” snarky kid. I know she was grown, but some of her antics made the mom in me shake her head. Lol. She thought she could do everything on her own in book one and didn’t like following directions. But this is a new Eliza. She leans on the people around her, trusts Zack wholeheartedly, thinks on a much larger scale when making decisions. She’s grown and matured, and I am here for it.

Now, Zack. Baby Zack. This child is my favorite. He’s no child. He’s a MAN. (Insert TikTok of “Here comes the boy”). Haha. But seriously. Zack has consistently been the controlling, absolutely respect-demanding leader of the group. His temper reined supreme, and he was 100% percent in control. That hasn’t changed over time. He’s still a leader, still incredibly strong, still powerful, still in control. But he knows what he wants now and isn’t afraid to get it. He doesn’t blindly follow orders; he questions his superiors and does what’s RIGHT. If anything, I’m even more Team Zack than I was at the beginning. Lol

I feel like on average, MOST of the characters grew and in a way that I really liked! There was just one… tiny… exception. Zaphire…

I’ve always been anti-Zaphire. I don’t really know why, other than the fact that she got between her brother and Eliza. This book just solidified it. There are part of Zaph that I like: she’s committed to her friends, she’s a strong female, she’s level-headed. But here’s what I don’t like: she’s selfish. Zaph wants what she wants, and if she doesn’t get it, it’s over. Even until the very end, she CLUNG to Eliza for dear life. I get it, she loved her, blah blah blah. No. Eliza and Zack literally loved each other so much more and on such a deeper level, and instead, she had to project her jealousy on them both. (“It’s super realistic, Amy. You’re being too harsh.”) Maybe… Maybe…

Plot:
No complaints, no comments! It rolled along splendidly without any holes or continuity issues. I just loved it. *chef’s kiss* It wasn’t predictable; it kept my attention. It wrapped up neatly. All excellent.

2 Replies to “Book Review #31: Resolve (Book 3 of the Sensorians Trilogy) by Brigitte Morse-Starkenburg”